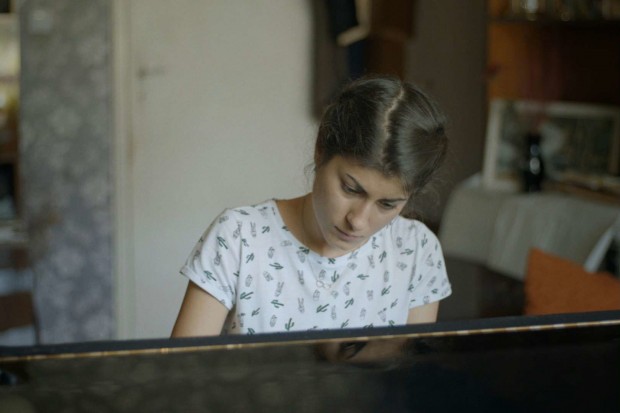 Ilian Metev makes the most of a limited budget in his confident but delicately drawn cinema vérité style debut exploring the day to day life of a Sofia-based family of four.

Scripted by Metev and co-writer Betina Ip, its focus is the gifted teenager daughter who is competing for chance to study piano in Germany. Mila (Mila Mikhova) is shy and introspective for her age and shares a close but often argumentative relationship with her feisty younger brother Niki (Niki Mashalov). Their father, Todor (Todor Velchev) is too consumed by his work as a physics professor to engage with his kids on anything other than scientific theory but Mila’s piano teacher (Simona Genkova) is calm and kindly, often helping Mila to relax with meditation exercises and breathing techniques as she coaches and encourages her piano practice. The elephant in the room here is clearly the mother who is mentioned but never appears, and her absence is keenly felt throughout this limpid character piece, beautifully captured by Julian Atanassov voyeuristic camara, on mid-range and intimate close-ups.

3/4 is an engaging and tender-hearted piece of filmmaking that lifts the lid on ordinary life in middle-class Bulgaria with a gentle dramatic arc that offers some subtle surprises along the way. It will certainly appeal to the arthouse crowd who will appreciate the naturalistic performances, beautiful lensing and authentic portrayal of ordinary life. MT