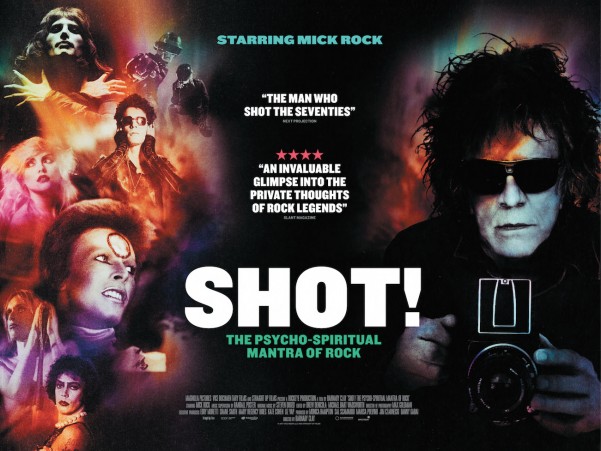 SHOT! The Psycho-Spiritual Mantra of Rock (2017)

Mick Rock is a maverick English photographer best known for his work and close friendships with David Bowie and Lou Reed in the late 1960s and 1970s. 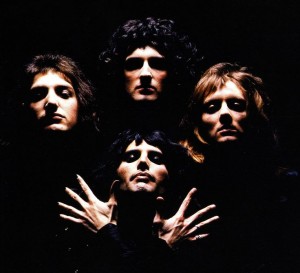 Mr. Rock features very predominantly in Barnaby Clay’s entertaining but rather hagiographic portrait of a larger than life character with a gift for the gab and an eye for capturing what Rock himself describes as “the aura” of those he photographed – who were in Bowie’s own words just ‘ghosts’.

The title of Clay’s biopic plays not only on Rock’s name but also to his classical education and yoga training setting the tone for a stylish and cinematic doc that paints him as the tortured master of his own destiny, but fails to nail the root cause behind this insecurity. Many of those emblematic album covers from the Glam Rock era were created by Rock, whose mother remains a significant figure in his psyche (he mentions her many times, but never talks of his wife), and the impetus behind his place at Cambridge where he read French literature in the early ’70s. Rock peppers his conversation with arcane pronouncements (“the lysergic experience opened up my third eye”) and flippantly quotes from Baudelaire and Rimbaud. Not only does this give him a pretentious air, it also creates an impression of a man desperate to underpin his successful career as a celebrity photographer with proof of his solid intellect.

Rock certainly emerges as a formidable creative force, and one who didn’t want to remain on the sidelines – unlike Elliott Landy or Anton Corbijn (who later turned his skills to directing) – but very much wanted to be, and be seen as a mover and shaker in the inner sanctum of Rock Glam, hanging out and forging close relationships with the likes of Queen, Iggy Pop and Debbie Harry (due to her photogenic appeal he calls her “the Marilyn Monroe of music”). Although clearly Rock was not part of the musical creative process he was very much part of the artistic one with his iconic images, the original photos now languish in storage in his New York home providing a talking point and a rich source of fascination for us viewers.

For all his soul-searching, Rock’s story is the archtypical ‘Rock story”; obsessed with the music scene and the glamour surrounding it, he became addicted to the bright lights and buzz, professing to love cocaine so much that it led to him suffering a near-fatal heart attack at the age of 42, requiring quadruple bypass surgery for which Beatles manager Klein and several others picked up the hefty US medical bills. Clay captures this recurring scene on a soundstage while an actor spins round on a gurney in the operating theatre – it almost feels like Rock’s party piece by the end of the film. Mick Rock is clearly a bit of a primadonna, but a charming, and likeable one at that. The final scenes show him photographing contemporary acts like ‘TV on the Radio’ and ‘Father John Misty’. Clearly he’s found the path to greater personal serenity, and all that it brings. MT