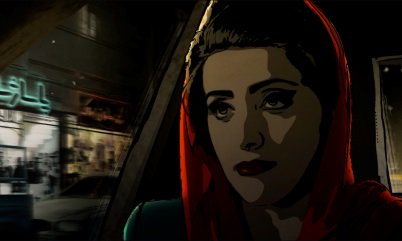 Eleven features will compete in this year’s SEMAINE DE LA CRITIQUE kicking off on the 18 May with SICILIAN GHOST STORY, Fabio Grassadonia and Antonio Piazza’s ‘political and spiritual’ love story that follows their Mafia-themed thriller SALVO. Italian cinema has had a shot in the arm in recent year, largely from Southerners such as Piazza and Grassadonia, Luca Guadagnino,  Paolo Sorrentino and Matteo Garrone. This Sicilian acting duo won the Grand Prix at Semaine de la Critique 2013 for Salvo a drama told from the perspective of a blind woman. Their latest has been in the traps since 2015 – it’s a love story which has already won a prize at Sundance 2016 for its script. Dave McCary’s US Sundance title BRIGSBY BEAR will close the celebration on 26 May.

Charuel’s debut feature life revolves around a farmer (Swann Arlaud), his farm and his cows until misfortune strikes. Arlaud retains a gripping hold over the narrative with an intense performance as a farmer whose profession is threatened at every turn. Profoundly humanistic and even funny at times.

Thierry de Peretti second outing is a social realist drama set against a political activist background in Corsica and featuring some mind-blowing performance from a cast of non-actors. As the title suggests, this is a gangster and Mafia film.

Cordova’s highly original debut revolves round a tense father/son relationship in the Venezuelan capital. Twelve-year-old Pedro roams the streets with his friends, raised by the violent urban atmosphere around him in a working class district of Caracas. After seriously injuring another boy in a rough game of play, single father Andrés decides they must flee. Andrés will realize he is a father incapable of controlling his own teenage son, but their situation will bring them closer than they have ever been.

Alfredo Castro (From Afar) and Antonia Zegers star Said’s second feature this Pinochet-themed Chilean drama from Marcela Said (I Love Pinochet). Zegers gives a stunningly unpredictable turn in as the central female character in a film that settles accounts with the remains of the Pinochet dictatorship.

A sweet and fanciful love story centres on a debut performance from Noée Abita in the title role as a young woman fighting her demons as she faces her fears of a bleak future. Sparkling and vivacious.

Josh Harnett leads a Japanese cast in Hirayanagi’s light-hearted comedy debut about a lonely, chain-smoking office worker in Tokyo who falls in love with an American.

Barbosa’s second film follows Gabriel, a young man who hopes to change the world as he travels through some magnificent landscape in Africa, still trapped in his certainties as a civilized human being.

Soozandeh promises an amusing and humanistic take on the contempo Iranian capital in a tale that explores the lives of three strong-willed women and a young musician who cross paths in a schizophrenic society where sex, adultery, corruption, prostitution and drugs coexist with strict religious law. In this bustling modern metropolis, avoiding prohibition has become an everyday sport and breaking taboos can be a means of personal emancipation. Sometimes mindboggling, the animation gives the narrative the necessary freedom to explore the forbidden side of Tehran and teases the country’s hypocrisy and contradictions with tenderness and humour.