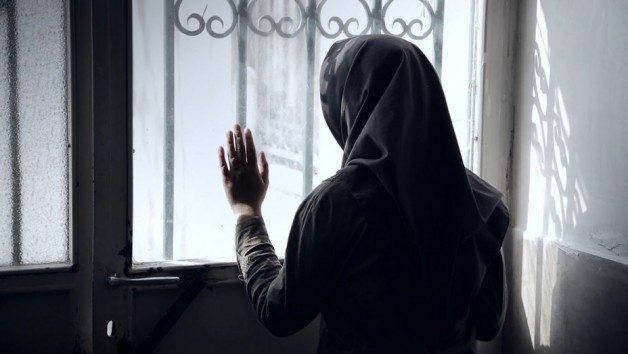 Award-winning documentarian Mehrdad Oskouei (The Other Side of Burqa) gives us a predictably stark snapshot of life in an juvenile correctional facility for teenage girls, on the outskirts of Tehran.

Infact, the word correctional seems to be rather a misnomer as none of these young women appears to receive any behavioural therapy during their stay in the spartan dormitory where they only have each other for comfort, and a few cuddly toys. STARLESS DREAMS (Royahaye Dame Sobh) is a sensitive and compassionate study that never attempts to offer judgement. The girls discuss their harrowing experiences to camera, often breaking down in tears or even smiles of embarrassment in revealing sexual abuse (euphemistically termed ‘bother’) from their crackhead fathers and uncles and verbal and physical abuse from their mothers (often by ‘burning’). What emerges is a generalised picture of familial discord and dysfunction where the parents favour their sons and mistreat their daughters in a cycle of anger, drug use and petty criminality that percolates through to the girls, who are often forced into dealing and drug addition themselves.

Often outwardly flippant, the girls face up well to camera but behind the scenes they are depressed and often hysterical: “Once I was young and in love but unfair times have made me feel old”. The tone is claustrophobic and unremittingly grim as some talk of “chains and beating” back home, others of going back to the streets. STARLESS DREAMS could have benefited from the occasional cutaway to some hard facts or more ample backstories to give context to the girls’ misery. When their families arrive, tears, smiles and hugs give a different impression from the girls’ negative feedback offered ‘in private’,  leading us to believe there is possibly more going on here than meets the eye. But it is clear that these girls are unhappy, unfulfilled and mistreated by their families and are never going to be given equal treatment in their male-dominated society. The ‘therapy’ offered inside the remand home consists of washing babies, hairdressing and making glove puppets, yet when the Imam arrives for prayer and discussion, the girls are ready for some feisty debate and probing questioning. Of course, all their intelligent ideas meet a dusty and non-committal response answer from the Imam. MT