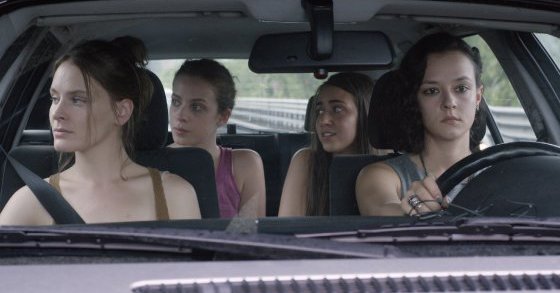 Festival head Alberto Barbera openly lamented the lack of strong Italian titles at this year’s Venice festival and this piece of contemporary social realism certainly confirms his views. An everyday story of cardboard characters it has the luminous presence of Margherita Buy but not even she can save it from the banality of a plot and script that is vapid in the extreme.

Four young women decide to go to Belgrade: you could pick the characters off the shelf: one has cancer; another is a lesbian, the third is pregnant and the fourth has a bad boyfriend. Nothing stands out in their colourless performances and they all appear interchangeable in their personalities. Then there is Professor Mariani (a greying middle-aged man) who tries to be funny in a vain attempt to get off with one of them who must be half his age, and his pupil into the bargain. Meanwhile Margherita Buy’s character, a single mother, flits around desperately trying to gain acceptance by the younger girls, one if whom is her daughter who treats her with utter contempt.

THESE DAYS is reductive, poorly thought out and derisory to women in general and is hopefully not coming to a cinema near you. MT