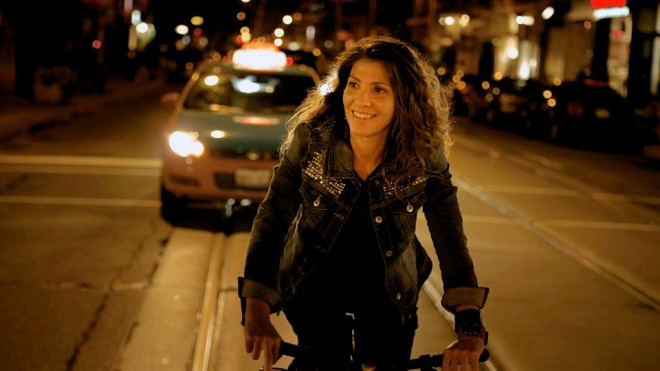 An upbeat sparky romcom about a Jewish woman looking for love in her 40s. Making great use of its downtown Toronto setting, PORTRAIT OF A SERIAL MONOGAMIST has Diane Flacks as Elsie, an extremely likeable but restless soul at odds with her traditional mother and unsatisfied with her long-term relationship with Robin (Carolyn Taylor). But things don’t improve when she leaves Robin to pursue a new girlfriend (Grace Lynn Kung).  Elsie starts to realize that perhaps she has thrown away the love of her life.

Mitchell and Zeidler get the best out of a talented cast and a whipsmart script laced with some fine Jewish sarcasm that makes this observational comedy fun and entertaining, despite its minor flaws. Elsie eventually becomes the narrator in her hilarious  deteriorating situation where she acknowledges  the pain of moving on to find true love, with wit and wisecracking humour. What emerges is that love and relationships are the same irrespective of our sexual  orientation. MT