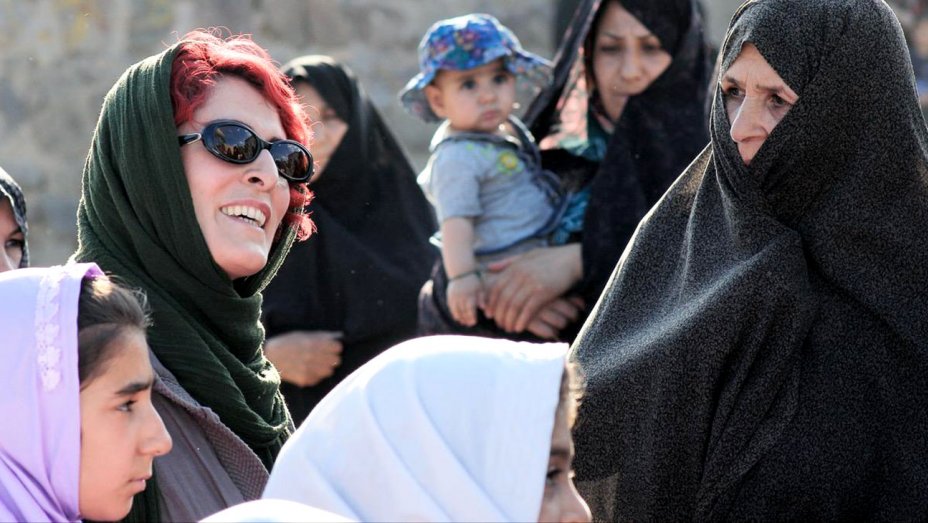 Even though Jafar Panahi’s latest 3 FACES tries to challenge Iran’s massive macho culture with a feminist film, the feeling that remains after the curtain has fallen is of a deeply ingrained male-dominated society where women are still quietly championing the male of the species, while giving lip service to feminism.

Jafar Panahi was unable to leave Iran to present his thoughtful drama which was made on a shoestring, and none the worse for it, beautifully reflecting the arid mountain landscapes of the Turkish-Azeri speaking area of Iran, where he drives, as himself, with actor Benhaz Jafari, trying to find the girl, Marziyeh Rezaie, who appears to have killed herself in mobile footage witnessed in the film’s histrionic opening scene, and sent to Mrs Jafari the night before.

The title refers to three women, actresses from pre revolution Iran, the present and the future. With 3 FACES Panahi hopes to deliver a feminist message to encourage women to be positive about their choices. The modern world challenges traditions in this rural backwater where men are virile and women remain behind close doors. When the pair arrive in the mountain village, it soon emerges that the girl was actually crying wolf. But she is distraught that her family have forbidden her from taking up a place at a prestigious conservatory in Tehran, and she apologises profusely to Mrs Jafahi for the upset caused.

Meanwhile back to young Marziyeh who has been forced into an engagement to dampen down hopes of an acting career (“we don’t want any entertainers here”). The third face, former actress, dancer Shahrazade, active during the Shah Pahlavi’s reign, now lives alone in a tiny hut outside the village never gets any screen time. Apparently bitter and twisted, she is now a reclusive artist who is pictured the following morning painting in a distant field.

There is a great deal to enjoy in all the performances: Panahi is laid back and louche as the soigne man from the big city; Behnaz Jafari (A House Built on Water) is an impulsive emotional woman with a hot temper that quickly gives way to tactile warmth. Little Rezaie is a sparky, confident girl who wears her heart on her sleeve. This is a captivating little film that glows with an upbeat message of hope. MT