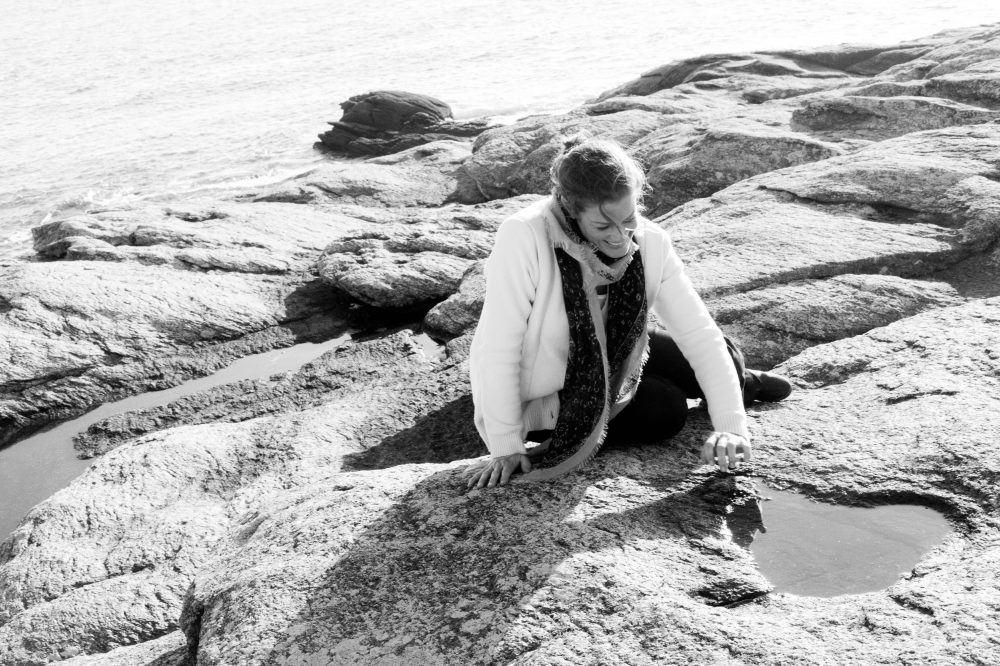 Award-winning German director Emily Atef’s breezy black and white playful portrait self-indulgently explores the brief sejour in the Britanny seaside resort of Quiberon of one of Europe’s most famous but now fading stars as she attempts to detoxify. At only 42, Romy Schneider’s career was on the wane and she was to die not long afterwards (in 1982). It soon becomes clear that the garrulous diva – a luminous Marie Baumer – is battling demons of all kinds and desperately missing her two children, a baby girl and a teenager who refuses to live with her.

The focus here is the two-day interview with Stern magazine German journalist Jürgs whose crafty attempts to get her to open up about the death of her first husband, who had committed suicide two years earlier, and her tortured relationship with her mother, who allegedly colluded with the press, finally pay off after plying the diva with copious amounts of white Chablis.her best friend arrives to offer support but the two soon fall out.

This playful drama takes inspiration from the glorious maritime setting of a modernist beachside hotel, and is anchored by four thoughtful performances, particularly from Bäumer who bears an uncanny resemblance to Schneider. Thomas Kiennast’s luminous photographs help to recreate a distinct Seventies feel. An enjoyable but rather superficial riff on the nature of celebrity, love and friendship. MT