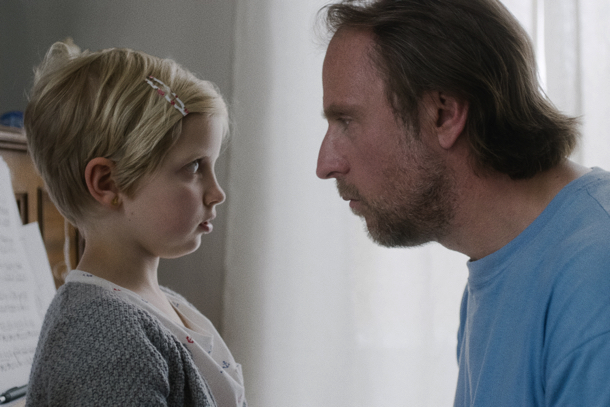 Down’s Syndrome is a heart-breaking condition for any parent. But 24 WEEKS brings nothing new in a stultifying storyline which explores the aftermath when a German couple discover their unborn child has even more serious complications than this. Anne Zohra Berrached’s script plods through the tragedy in the most direct way possible despite a strong and committed performance from Julia Jentsch, who plays the stand-up comic in domestic drama that won her a Silver Bear at Berlinale 2016.

Already the parents of a young daughter (Emilia Pieske), Astrid and partner and manager Markus (Bjarne Maedel) until live in an attractive house near Leipzig and have ample support from Astrid’s chain-smoking mother (Johanna Gastdorf). But things become more serious when it emerges their baby also has a heart condition that indicate a possible need to terminate the pregnancy. Mustering all her professional skills to see the humour here is some feat for Astrid and this is made more difficult by Berrached’s seemingly perfect characterisation of the couple up to their tragic discovery leading to mind-numbingly boring scenarios in the strip lit clinic that often make it feel like a docudrama.

Jentsch’s acting skills are stretched to the limit in part that offers little intensity but a great deal of close-up camerawork requiring her to look distraught and strung out for most of the running time. Maedel does not have an easy time either as an insipid and rather hapless sidekick of a partner. Attempts to conjure up poetic elements with Astrid floating in a dreamlike state underwater with her baby in utero feel forced and unconvincing here in what could have been an opportunity to offer something meaningful. MT