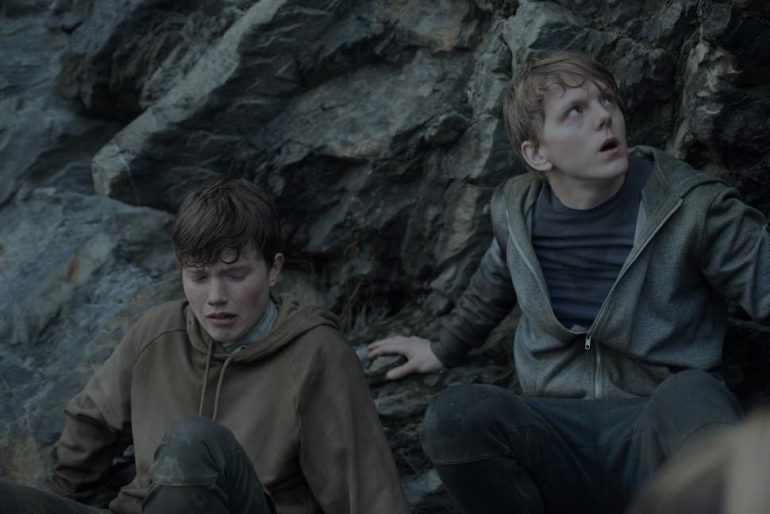 British director/co-writer Paul Greengrass (United 93) imagines what actually happened during the Norwegian tragedy of 22. July 2011, when right-wing nationalist Anders Behring Breivik killed 69 children on the island of Utoya. Earlier in the day, he had already killed eight passers-by with a bomb in the diplomatic quarter of Oslo. The main focus here is aftermath on the island, and Greengrass ends with a moving court scene.

Anders Breivik (Lie) is a narcissistic killer who prepares for his atrocities meticulously – as if the world were already watching him. After the bombs go off near government offices, he sets out for the island of Utoya, where the Youth Section of the Norwegian Labour Party is meeting. After the killing spree Breivik is contained, treating the policemen who arrest him, with cold distain, as if to say “you should be helping me, not putting me in jail”. In prison, Breivik asks for a well-known liberal lawyer, Geir Lippesad (Oigarden), who takes on his defence, even though he is emotionally repelled by his new client. Lippesad was forced to move his children out of their local schools, as fellow parents could not understand him defending a monster like Breivik. The latter had never actually met a single member of the local Norwegian fascist scene. One of its leaders, who had communicated with Breivik via the internet whilst playing video-games (!) describes him in court as a loner, not worthy of being one of the movement’s leaders – whilst also condoning his actions. Breivik’s mother (Olausson) tries to apologise for what has happened, but blames it all on uncontrolled immigration.

After the attack, Greengrass then switches his focus to Viljar (Gravli), who has been close to death after being shot by Breivik, on the island. Learning to walk again, and living in fear of the shrapnel pieces near his spine moving and killing him, he confronts his attacker in a cathartic court scene. Breivik’s isolation and loneliness contrasts sharply with the solidarity of his family and fellow-survivors.

Apart from an over-schematic script, 22. July is laudable largely because Greengrass avoids sensationalism, and concentrates on the personalities of those involved. Lie gives a brilliant performance of the isolated, arrogant and self-controlled killer, who is unable to feel empathy for anybody – apart from himself. DoP Pal Ulrik Rokseth’s images treat the events like a documentary, keeping the audience involved without becoming over-emotional. This portrait of a self-obsessed, human killing machine traces all the ambiguity of his complex personality, without reaching a conclusion. AS