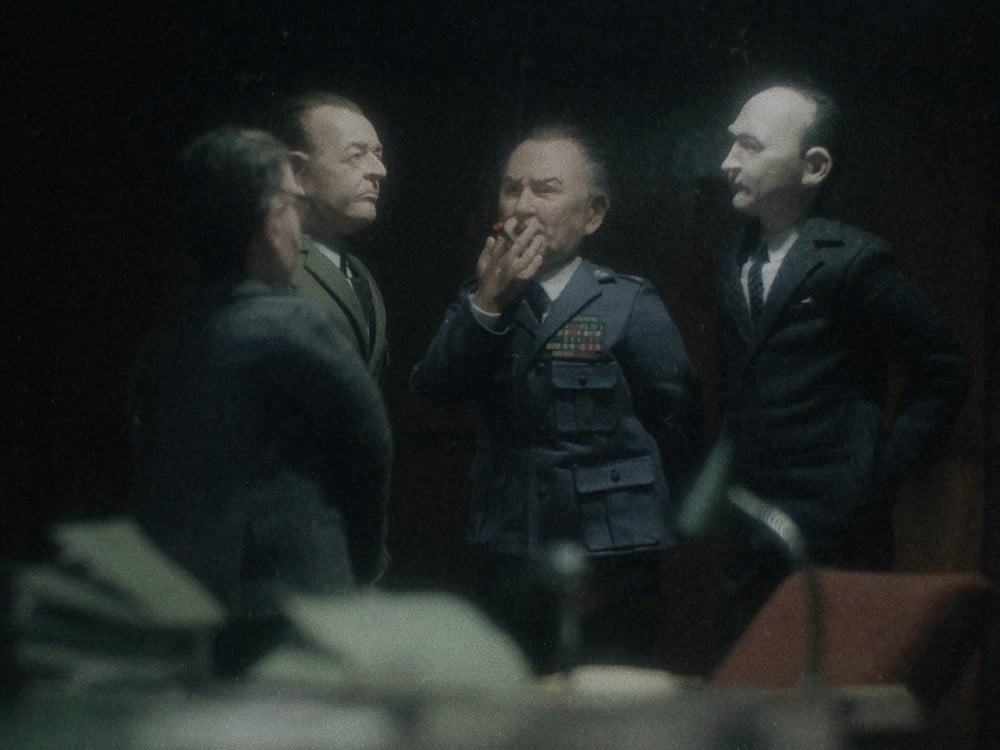 Tomasz Wolski finds an inventive way of staging the famous uprising of Polish workers in the Baltic towns of Gdansk and Sopot, that kicked off just before Christmas 1970.

The intense battle of wits plays out from the perspective of the leading communist bureaucrats and ministers played by puppets in stop motion mode. Their arguments are based on original archive phone conversations. Against this background, the director uses documentary material shot for TV and newsreel at the time of the uprising.

The quorum of six ‘decision-makers’ is led by Kazimierz Switala, the Minister of Internal Affairs, and number three in the Stalinist hierarchy, who died in 2011, without ever having faced trial. Barricading themselves in a room thick with cigarette smoke, the negotiators jabber away on multiple telephones. The protest, turning into an uprising, explodes at the Lenin Shipyard in Gdansk, where workers lay down tools after the government increased the price of essentials by a massive 20 percent.

Placards ask for the resignation of Wladislaw Gomolka, First Secretary of the Polish Workers Party – and even more worrying for a change of system: “Away with Communism!” The six leaders get more and more agitated when the Central Railway Station is set on fire, and three Militia officers are trapped in a fire on the third floor of a building, surrounded by demonstrators.

In scenes all too familiar with the current crisis in Ukraine, Molotov Cocktails are thrown by the protestors, people are on fire, and police water cannons have a brutal impact. The defenders of law and order are quibbling about the use of engaging the military in the conflict – they might be needed in Krakow, another hot point of protest. Six civilians are reported dead, with 19 police officers wounded – the interim score promises more casualties.

The black-and-white documentary material, shown in the original 4:3 format is frightening in its intensity: police beating up their prisoners, fires breaking out in apartment blocks. The cold makes matters worse, and the inadequately dressed demonstrators  freeze in the frosty weather. They make up for it by throwing even bigger stones at the police and militia.

In the end, the protests go on for over a week with 27 000 soldiers engaged in the open warfare, 550 tanks and 750 combat vehicles let loose by the Stalinist authorities with 1500 units of chemicals being poured over the demonstrators from low flying helicopters. 1164 protesters were injured, forty-one died. So nothing on the scale of the modern day Ukraine conflict but still a force to be reckoned with in this demonstration against the mighty kosh of the Stalinist regime.

Over four decades later only one individual was found guilty: Czeslaw Kiszczak, one of the six in the command unit, and the only one to face trial, was given a two year suspended prison sentence.

The uprising led to a pyrrhic victory for the Workers Party: new puppets were installed by Moscow, and one of the highlights of the animated puppet show, designed by Robert Sowa, is the big hand reaching from above, and collecting the six warlords like marionettes, to be thrown into the dustbin the of history. To say ‘history repeats itself’ is once again proved true. AS