13 Tzameti was originally made by Georgian filmmaker Gela Babluani in 2005, starring his brother and located in his native Georgia. It went on to win World Cinema Jury Prize the following year at Sundance and also won two awards at Venice. Despite not having seen this original, one cannot but help think that it must have been far better, retaining a raw edge and energy that this poor remake lacks, to have propelled it so far earning the attention of Hollywood.

Despite a very good performance by Sam Riley, star of Brit Flick Control, this so called suspense thriller lacks much suspense and is less than thrilling. The movie is chock full of testosterone, but lacks cold logic; a requisite ingredient, if one is to believe the story as it unfolds.  It also fails to divest enough of its low-budget predecessor in terms of making it big screen and not small screen; it comes across rather as a late night schlock TV movie, rather than a big screen outing.

One is constantly aware of the star turns and therefore never really enter into the world the film is trying to create, as these stars just get in the way. So one finds oneself just looking at Mickey Rourke or Ray Winstone, rather than the characters they are meant to be portraying. This of course would not have been the case with the original, where one also feels a syndicated game of Russian Roulette might also be more plausible in the first place in a desperate, twilit, Mafia-run Georgian underground. 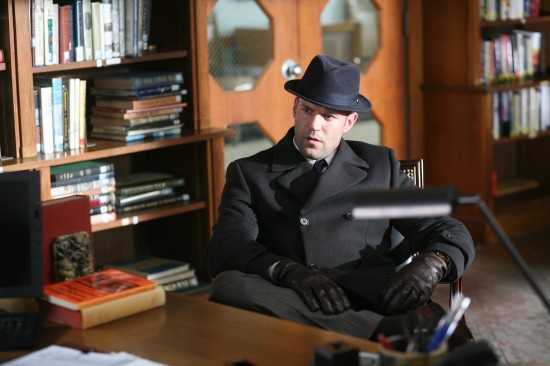 I sincerely hope for his sake that the filmmaker Babluani hit paydirt when he got the greenlight to do this all-star remake but, as with so many remakes these days, it simply falls far short of majestic and rather begs the question ‘why?’

There was far too much showboating and a reliance on assumed ‘cool’, but in the cold light of day, I didn’t buy into the game; it was meant to be the ultimate in super-organised, high-end bet-chic, but was demonstrably wide open to sleight of hand, to cheating. Critical detail was lazy- they dish out the same type of bullet to at least five different gun types and none of the character stories really ever rang true. If you’re going to do it, at least do it properly. All of this fakery exemplified by the gun hammers clearly not having firing pins either. No wonder it failed to go off. AT