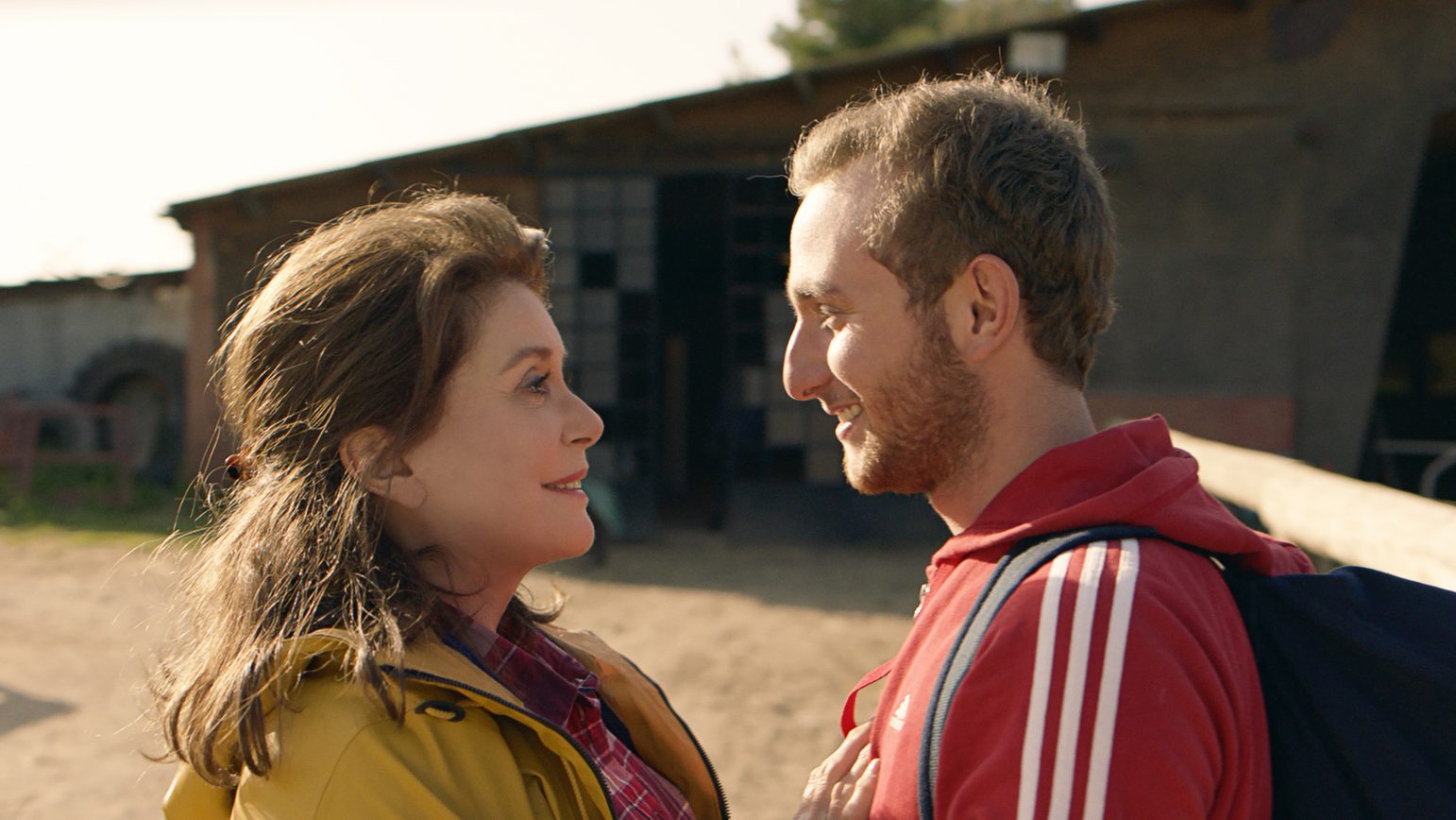 Catherine Deneuve always gives star quality to her films but she feels rather miscast here as a horse trainer and almond farmer who finds out her grandson has been radicalised.

Farewell to the Night is rather a bland film that makes nothing of the incendiary dramatic potential of the jihadist plot line. Instead it plays down the affaire to focus on the beauty of the story’s rural surroundings in Techiné’s French Pyrénees birthplace where the almond blossoms are in full flower and a magical solar eclipse takes place in the opening scene. All this contrasts with the outrage of the homegrown jihadist movement and its protagonists Alex (Mottet Klein) and his childhood sweetheart Lila (Oulaya Amamra) who are also discovering first love. Clearly this is a film for all the family, and Techiné directs with a paternalistic eye.

Alex’s radicalisation has already taken place when the film begins, so we feel little engagement with his character and the reasons for his becoming a jihadi, and this could have enriched the storyline, particularly if young people are the film’s intended audience. It’s worth noting that Both Alex and Lila have dysfunctional backgrounds. His mother died in an accident and he blames his father, who has moved to Guadaloupe with his new family. The trauma has affected his schooling in Toulouse but he comes across as a cocky and committed young man with a clear determination to make a future with Lila, and has converted to Islam to please her. Deneuve plays Muriel with a haughty stiffness and lack of conviction. She runs the farm and equestrian school with her North African business partner Youssef (Mohamed Djouhri), but feels more at ease in the company of a young Syrian ex-fighter (Kamel Labroudi as Fouad) who comes looking for work and, despite his criminal background, actually turns up trumps. Techiné and Lea Mysius co-script this father facile affair that once again highlights the director’s keenness for stories about French-Arab culture. And he adopts a non-judgemental and rather procedural approach to Alex and Lila’s plan to join forces with ISIS recruiter Bilal (Stephane Bak), to raise finance for their jihadist cause. This involves raising a substantial amount of cash for weapons and equipment, and Alex steals part of the money from Muriel. He claims that this is kosher as she is technically an infidel. But their plan will go awry in the rather tame finale.

There’s a clunkiness to the film’s flow particularly noticeable in the lunch scene which abruptly cuts into a clandestine jihad meeting, where Alex sports white robes and takes orders from an Islamic preacher (Amer Alwan, who collaborated with Techine on the storyline), while Lila dons a hijab for the first time. Techine softens her character by giving her a job as a gentle carer in a nursing home – one of the most caring you’ll probably ever have occasion to meet. MT